Where to Start with Unpacking After Moving 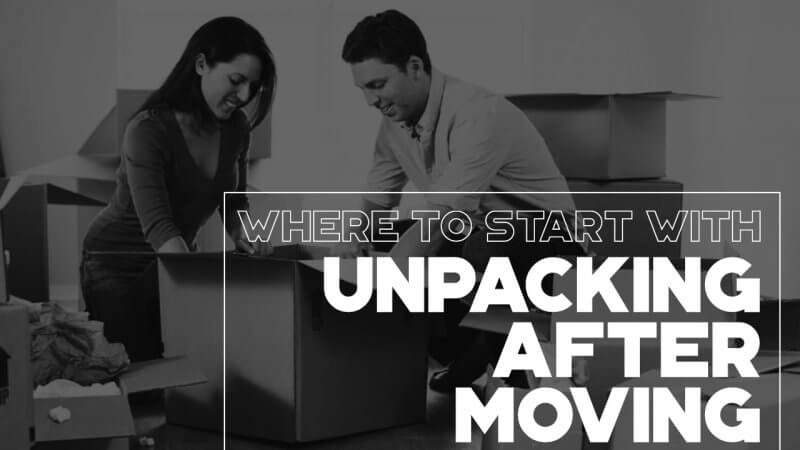 Nobody particularly likes to do it, but most people must move at least a few times throughout their lives. According to one Gallup study, around one-quarter of all adults in the United States moved at least once over a five-year period. If you have just been through a big move, you probably want nothing more than to start getting your new home back to normal, but if you take the time to plan before you start unpacking, you might get things in order much faster. Here are unpacking tips from Portland, OR moving services.

Assuming you have already unpacked your essentials, the next thing to do is get all your big furniture and other large items into place. It will be much easier to unpack and place your smaller items around these than to try to move large pieces of furniture around stacks of your belongings.

Some people say the next thing you need to do is the kitchen, but if you never cook and always grab your coffee on the way to work, your kitchen can probably wait. On the other hand, everyone needs somewhere to sleep, and you’re probably tired from the move. Setting up the beds, if you haven’t already, and unpacking the bedding should probably be your next move if it wasn’t part of your “essentials” box.

After that, we suggest that you make a written priority list of rooms and that you unpack each room completely before moving on to the next one. Which rooms claim priority will vary among different individuals and families.

You may have a couple of days or a couple of weeks in which to get yourself unpacked. If you aren’t on any particular timeline, don’t make the mistake of thinking that means you can take your time. This is how you end up with a room that you never get around to using because it’s full of unpacked boxes or find yourself moving again a few years later with boxes you’ve never unpacked.

Give yourself a hard limit of no more than a month or so to get everything in order. Break down the unpacking into smaller tasks over that period if you need to, and put the plan in writing.

Watch Out For Common Pitfalls

Apartment Therapy has a great tip: unpack the TV last. You might think that a marathon of your favorite show will help you work, but you’re just as likely to find yourself slouching on the couch procrastinating. Make the TV a reward.

You should also resist the temptation to ignore boxes of things that aren’t very important or that you don’t feel like going through. If you didn’t purge before you moved, this is a good time to get rid of those items.

Moving can be tedious and time-consuming, but it doesn’t have to mean complete chaos for long. With a good plan in place and a methodical approach to unpacking, order can be restored sooner than you think.